Buzz on the streets is that the announced Nexus Q might be ZigBee enabled. Good for us home-automation geeks! Too bad one of the dots did not leave a trace to Sigma Designs, making it it magically z-wave compatible. Would that be too much? 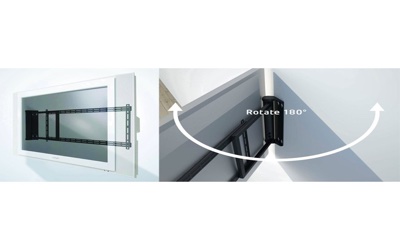 Mounting a LAVA mMotion motorised TV bracket on my Sony Bravia Z4500 46" TV, and it's difficulties.